Origami (in Japanese) or zhézhǐ (in Chinese) is part of the paper arts.

Invented around the second century B.C.E., probably in conjunction with the invention of paper, and probably practiced at its beginnings in religion or purely practical settings (packaging of plants or medicines), it spread throughout Asia in the following centuries, then to Europe at the end of the nineteenth century under the influence of Frederich Frobel and his kindergartens.

After a real renaissance in the early sixties under the impulse of, among others, Akira Yoshizawa, and thanks to the invention of the retranscription of folds into diagrams, it is gathering more and more followers around the world.

The principle of origami is very simple: From one or more sheets of paper, by making sequences of folds (sometimes complex), without cutting or pasting, you can make a lot of models, from the simplest to the most extravagant: animals, flowers, dinosaurs and even for the most creative faces or objects of everyday life (furniture, vehicles ...) or even abstract folds!

As each sequence of folds is done in order (most of the time), it can be transcribed in what is called a diagram and followed as one would follow a score. As in music, you will have to learn a folding solfeggio to go through the diagrams serenely and enjoy the infinite possibilities that this medium offers.

Thanks to the internet, organized meetings and above all thanks to a very active and open community, everyone can now try their hand at folding and who knows, start creating their own patterns!

The images opposite are used with the permission of their author:
Daniel Chang - Shuki Kato - Nicolas Terry - Eric Vigier 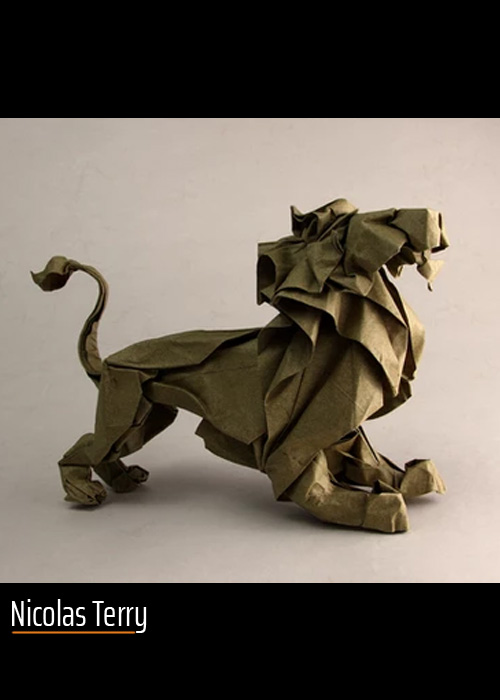 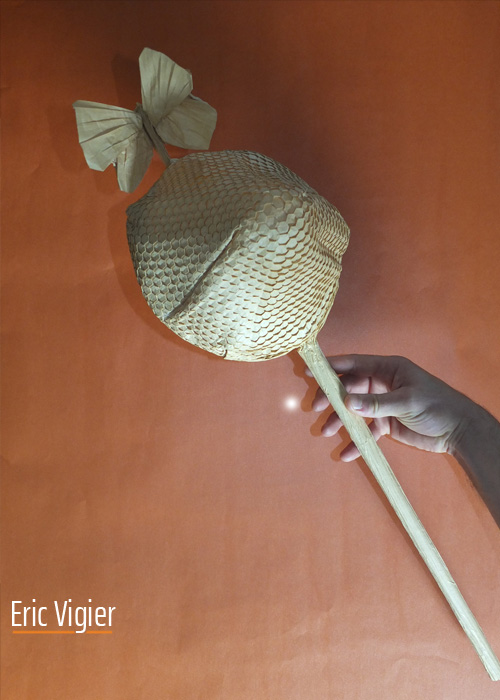 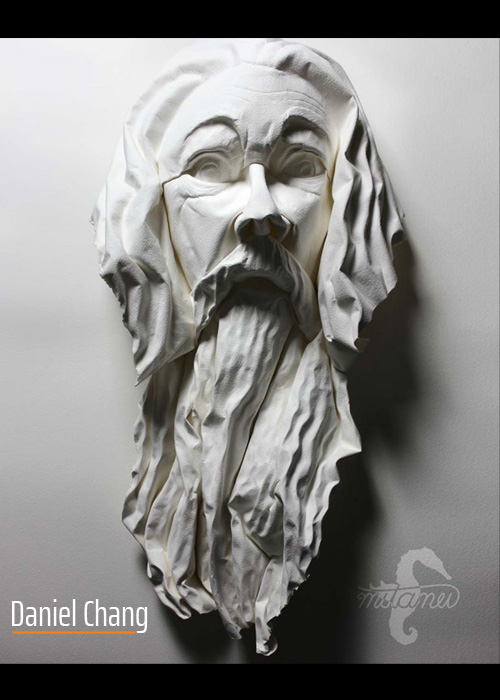 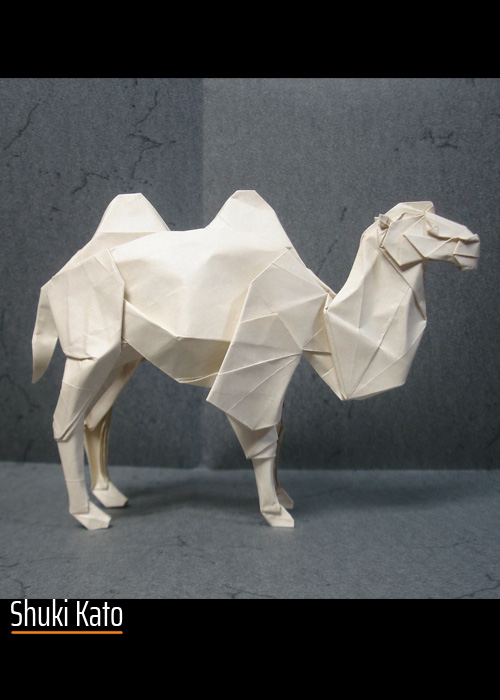